Crossing the Darien Gap from Colombia to Panama

When you do the Panamericana from Alaska to Fireland or vice versa you will have the problem of the Darien Gap between Colombia and Panama at some point in time.

In this mountainous and swampy area between Yaviza (Panama) and Turbo (Colombia) the road is disconnected for 110 km and you will find only dirt roads and paths which you can do by foot or on a bike.

So the only way to get over it is to ship your car and that’s where the problem starts. From November 2014 till April 2015 the “Ferry Express” was in place for a ridiculous price compared to cargo. But this service was terminated. After this the German Fritz Becker tried to establish the “San Blas Ferry” but he gave up in August 2015. At the moment the only way is RoRo (roll-on, roll-off), LoLo (lift-on-lift-off on a flatrack) or container when your car fits.

We decided to go RoRo with SC Line. They allow going with the ship as passenger and you can keep an eye on your car during the journey. However the ride lasts 12-14 days as the ship goes to Florida first and then back to Panama. Sounds good in the office and the agent made a competent and knowledgeable impression.  But the information flow was poor. The departure was re-scheduled several times and after more than one month hanging around in Cartagena he told us that we cannot go with the ship as it goes via Cuba and in this case passengers are not allowed on a cargo ship. At some point in time we were fed-up with waiting and unreliable information. So we switched to flatrack with Seaboard for a higher price as our shipment across the Atlantic in 2013. But the agent was excellent and within one week our car was in Panama and we took a flight. Very annoying because we could have this already two months earlier. 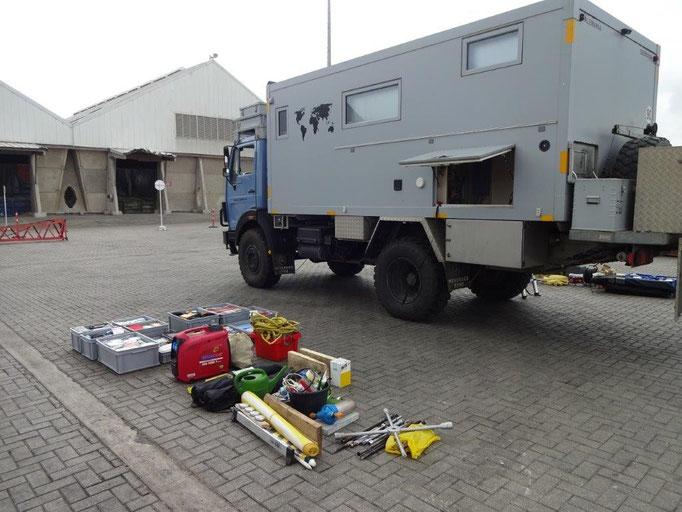 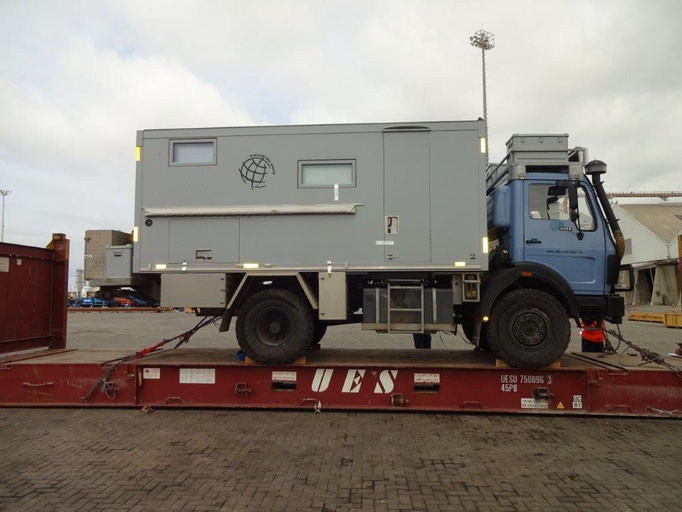 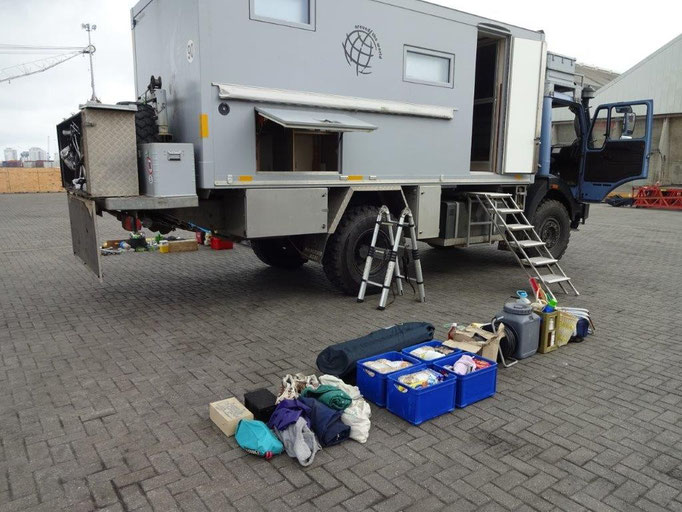 But the story continues. We took a hotel for one night in Panama and realized that the 3rd of November is Independence Day. The public life stands more or less still for 3 days and nobody could tell us whether the custom office in Colon is open to get the import papers for the car done. However we were optimistic and took a taxi to Colon the next day and went to the office of Seaboard the next morning to pick-up our bill of lading. But the cashier of the office was closed and we were told to come back in two days. This is the time where a nervous breakdown is very close. So we could extend our hotel holidays for two more days.

On Friday the next try and believe it or not after six hours of running around and paying money for all kind of services we got MOMO back without any damage. We are now ready to explore Panama in the next weeks before we go to Costa Rica. We`ll keep you informed. Hasta Luego.

For those of you shipping from South to North we have documented in detail the procedure, the costs and the contacts here: http://www.die-ausreiser.de/english/useful-information/

sign up for the newsletter and you will be informed about new entries.